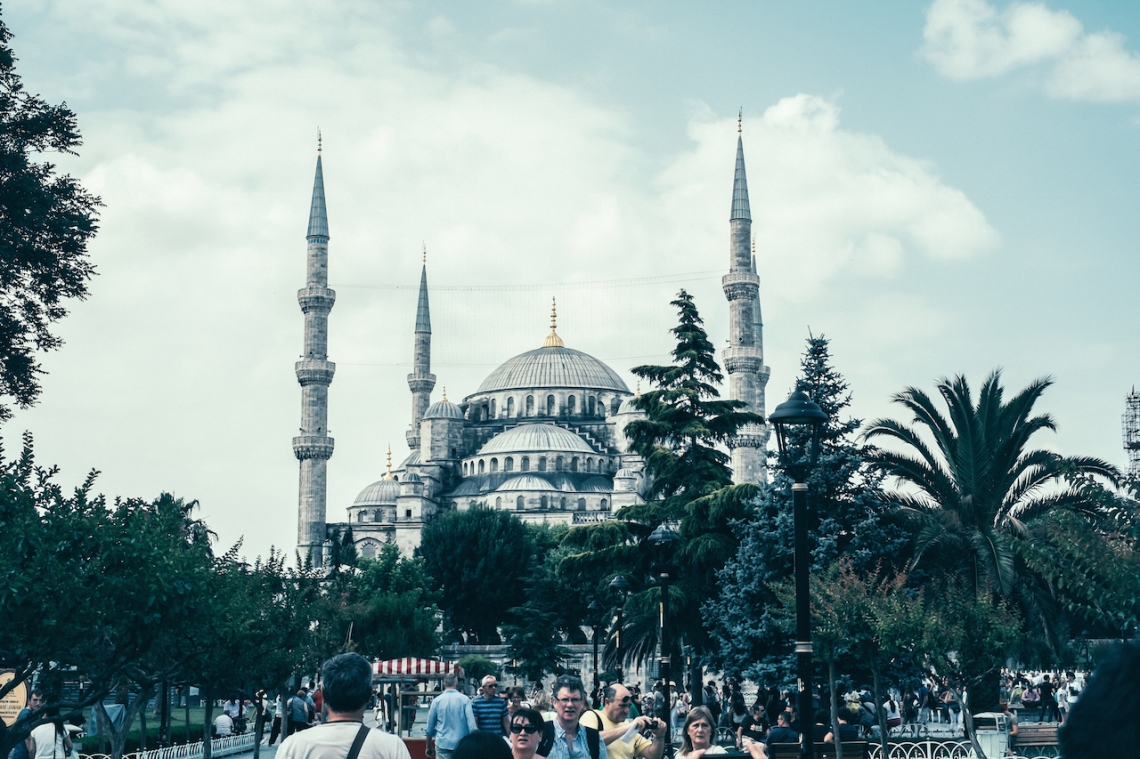 I think one of the things that fascinated me about Istanbul is its rich culture and colorful history. I love seeing the mesmerising interior of the Blue Mosque and hearing the remarkable story of Hagia Sophia. These are things that make Istanbul unique and I recommend you to, at least, go to these 2 monuments when you visit Istanbul.

The Hagia Sophia, previously a church, then the mosque and now a museum;  it embodies in itself the grandeur of both the Byzantine Empire and the Ottoman Empire. After the fall of the city to the Ottoman’s, the church was converted into a mosque. Islam prohibits iconic images and therefore, everything was covered with a layer of plaster, which unknowingly served to preserve them. It was still in the process of restoration when I visited. The architecture is remarkable. The moment I entered the doors of the museum, I knew instantly it would be something I will remember for life. The interior is wrapped with beautiful, intricate mosaics from the Byzantine Empire times, and festinating calligraphy from the Ottoman Empire times.

Sultan Ahmet Mosque’s (blue mosque) landscape and architecture of this are truly splendid. The place is just opposite of the Hagia Sophia. It is free of charge, and it is an active religious site, hence you will be required to dress accordingly, and I was given a large scarf to cover up my knee and leg before I enter. The interior was majestic. Wonderful tiles on display but the downside were that it was too far away to see anything properly. It got very crowded, and the long queue was a wet blanket.

The Streets of Istanbul

The streets of Istanbul were both colorful and gritty, beautiful, but deteriorated, and filled with people who always seem happy to have caught the camera’s eye. On one of my first days, I walked along the tram line from Sultanhamet Square to Beyazit: a short, straight walk during which we saw one historical treasure after the other while passing by lots of carpet retailers. Perhaps even more than the monuments, I enjoyed the city sights’ i.e. Stray cats lounging on city benches, men hard at work on one of Istanbul’s endless construction projects, and students on their way to school.

View all posts by Mario